Potential threats linked to climate change compel us to drastically reduce greenhouse gas (GHG) emissions. To even have a chance of limiting the global temperature rise to 1.5°C requires that global emissions reach net-zero as soon as possible. The EU can play a leading role in this transition with ambitious targets and policies. The transport sector accounted for 27% of EU emissions in 2017 and is the only sector that has seen emissions increase since 1990.

New research produced by Climact and New Climate Institute, commissioned by Greenpeace, explores a future where the European transport sector is decarbonised by 2040 without relying on biofuels. This work is intended to offer a roadmap for decision-makers to pursue a transition consistent with the magnitude and speed prescribed by the scientific community. It examines the intermediary targets required; it highlights and discusses some of the key technological, industrial and economic risks, challenges and benefits associated with these profound efforts; it recommends a set of policy packages that need to be implemented. 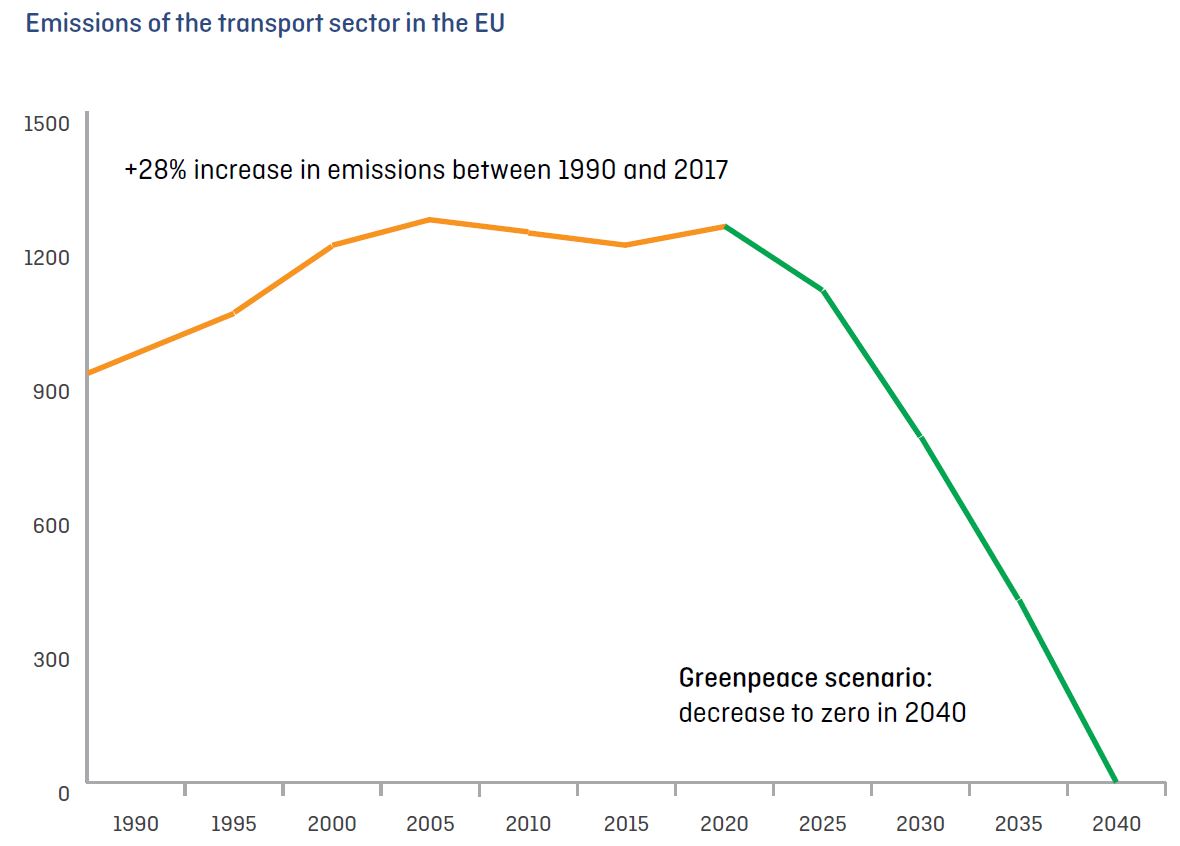 The pursuit of a transport decarbonation in Europe will require  profound efforts and the implementation of ambitious policies. Key messages include: